Fast Track Skipper Shane has reported in from South of Ibiza. "Great if not long winded sail from Ibiza, weather totally different from forecast but still enjoyable, spent a chilled out afternoon in calm seas before the winds picked up late afternoon. Spotted quite a few turtles and had a magical 20 mins encounter with 2 pilot whales who seemed just as curious about us as we were amazed by them. Aborted Cartagena on favour of San Pedro del Pinatar which provided some great night pilotage to avoid the fish farms and identify the unlit West Cardinal mark. Onto the Mar Menor the following day passing along the canal and under the lifting bridge. Topped up with fuel then met up with El Rubicon and her all female crew for lunch. No rest for the wicked and it was back out into the Med and the wind picked up, reefed main and genny for beat around Cabo de Palos and offlying islands, took far longer than anticipated but some beautiful sailing. Plenty of shipping overnight and the crew even spotted a vessel not under command. Just left Garrucha in total calm and heading for Motril, wind forecast to increase E3/4 later, fingers crossed."
"Planning to be in Marbella Thursday night for eta Gib on Friday, would be good if Great Escape happened to be up that way. See you soon Shane."
Thanks Shane, to join Shane or Charlie or any of our other yachts such as K'Dar which is sailing in The Bay Of Rosas with Skipper Steve at the moment just Email us here or call +34 972 662 494
Posted by NEWS TEAM at 3/13/2012 04:38:00 pm 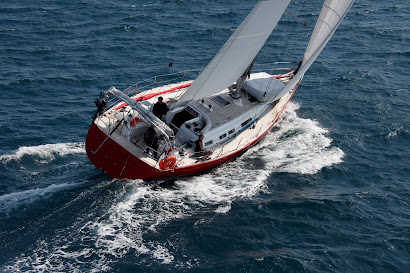 Dolphins in the Bay Of Rosas

Everything you need in an exciting sailing area. 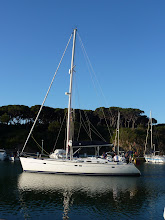 Unspoilt and challenging ´The Wild Coast